The design of the project focuses on three movements: the preservation of the Victorian houses that exemplify Toronto’s early history between 1840 to 1930, the Sherbourne Lanes infill housing scheme that represents the improbable victory of a local community over a large developer in the 1970s, and a new residential layer that will revitalize the neighbourhood by creating a communal skylane above the infill housing scheme (inspired by Yona Friedman’s early architecture).

The project proposes to elevate a new addition to the existing Diamond Myers building without relying upon the existing structure. The project is heavily inspired by the works of Yona Friedman, which takes a look at the Ville Spatiale, an urbanist proposal that enables the growth of cities while restraining land use through its small building footprint (on ground). This concept mainly brushes upon the concept of mobile architecture where people gain control of the usage in the ‘floating buildings’ by either utilizing the space for living or working.

Raising the new addition of the building, which in the case of this proposal would become the residential spaces, also allows for a spacious void in between the new and old buildings. The spacious void positioned between highly populated residential masses becomes communal spaces that allow congregation between the residents in the site. The communal spaces include a gym, a winter garden, a playground, a makerspace and a communal office/ work spaces. These programs are connected by a long, dynamic passageway that narrates the journey along Sherbourne Lanes. While doing so, it celebrates the laneway heritage of the site by becoming the fourth lane of Sherbourne as well as the only floating Sherbourne lane.
The highly ambitious nature of the project requires a very strong structural system that adapts well on the site. Thus, the main structure of the building uses steel truss, girders and HSS members to create the long spanning addition floating above the existing buildings with strong vertical columns. The project also demonstrates steel’s flexibility in its ability to be used for any member of an architectural system, while also harmoniously working with pre-existing materials on site, which includes timber panels and concrete shear walls.

In order to appease lightweight, high strength and long spanning natures of the project, the main structural material is chosen to be steel. The main structure incorporates a large steel truss that acts as a vessel to house three layers of prefabricated steel and CLT panels that make up individual residential units in the building.

The primary structure can be broken down into four members: The OWSJ steel joists that hold up residential units in every level, the long spanning steel girders that supports the steel joists, the steel truss that carries the load towards the tall braced HSS columns on each side of the truss. The load path thus becomes as such:

3A Design Studio: “Our House is on Fire”: Confronting Toronto’s housing and climate emergencies 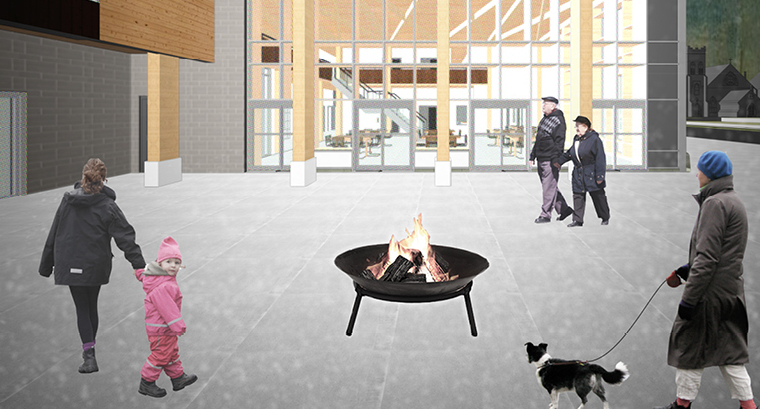 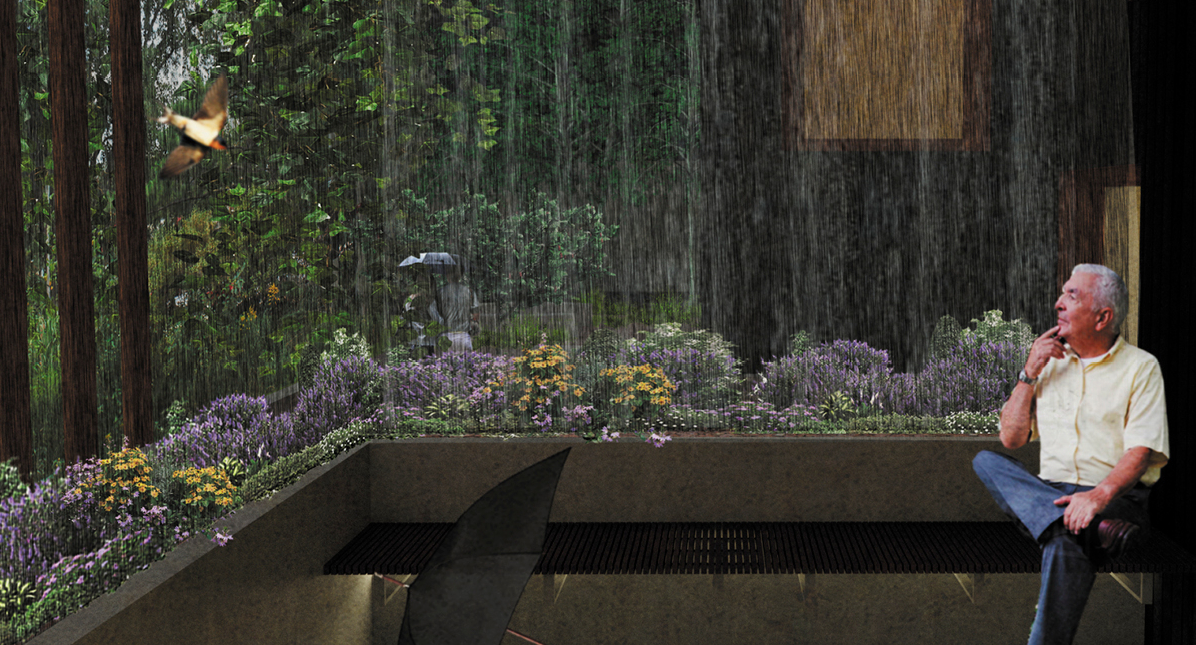 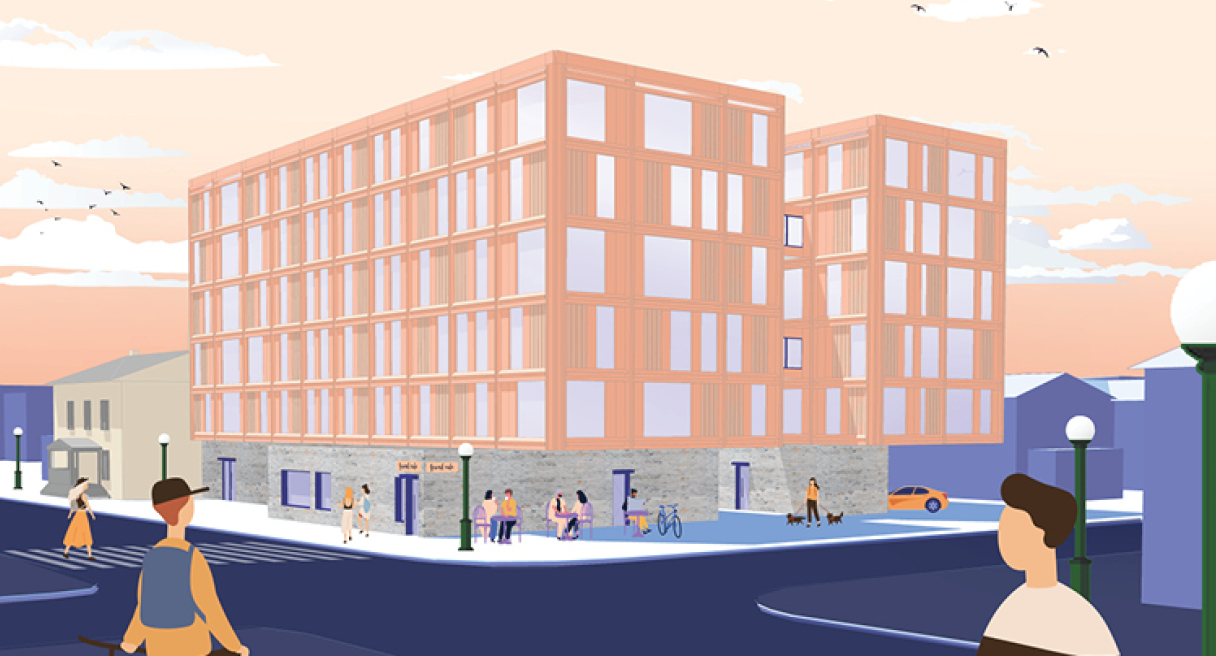 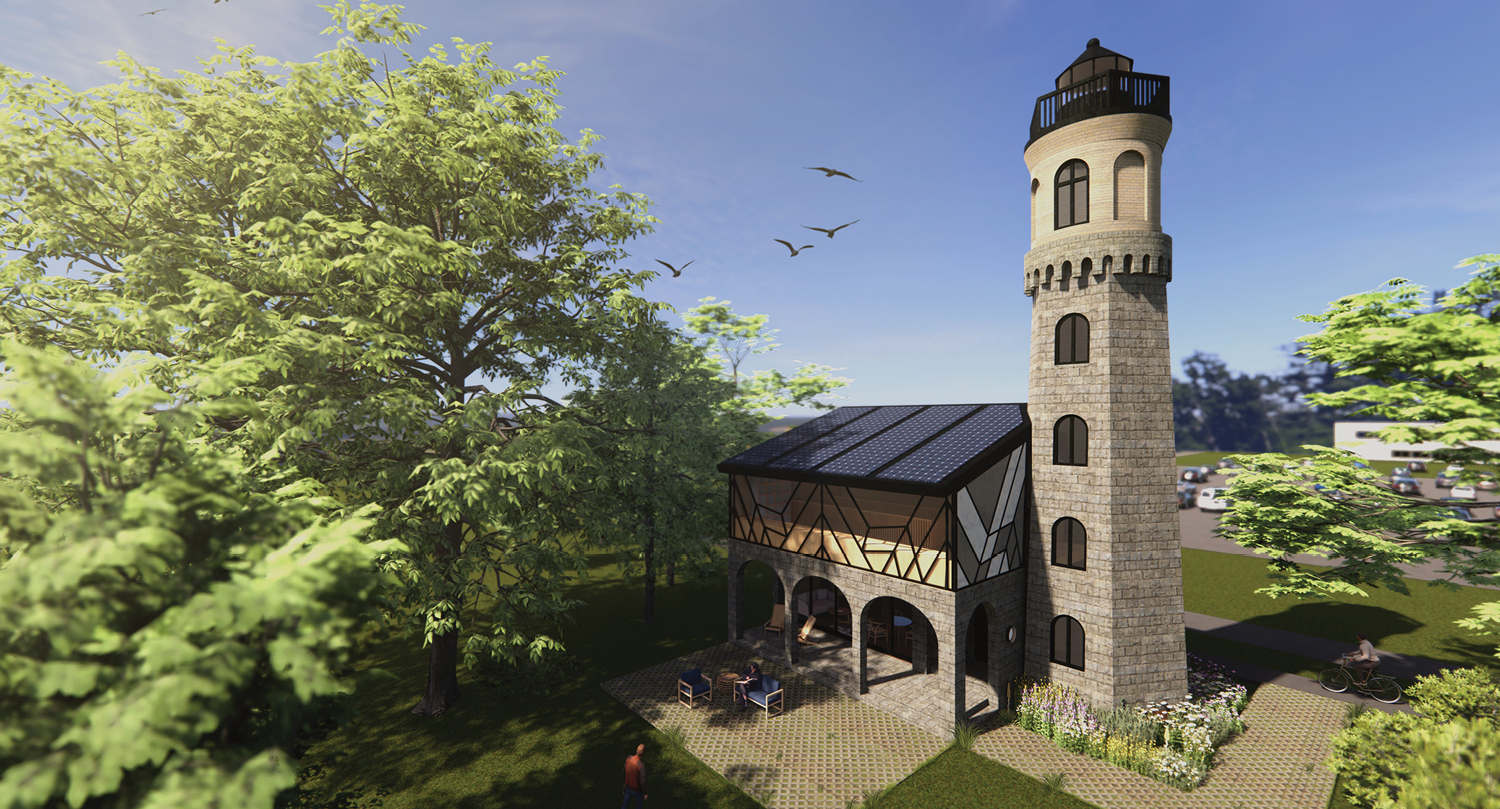 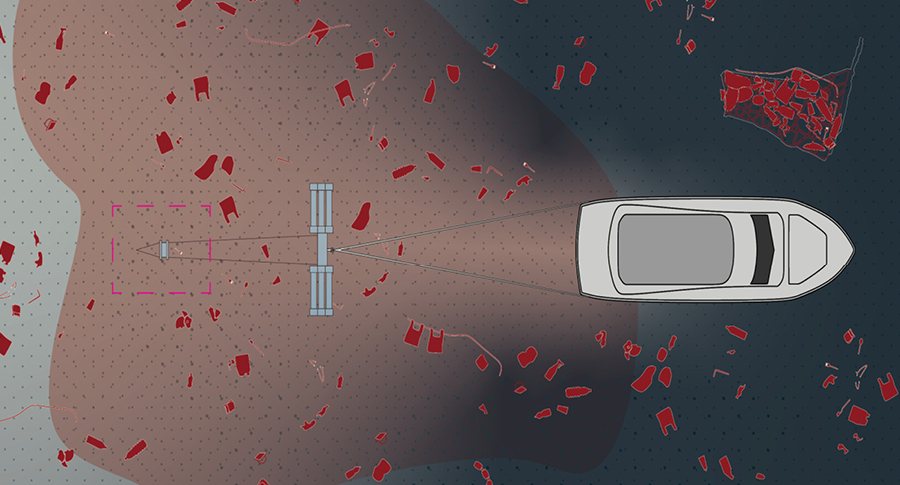 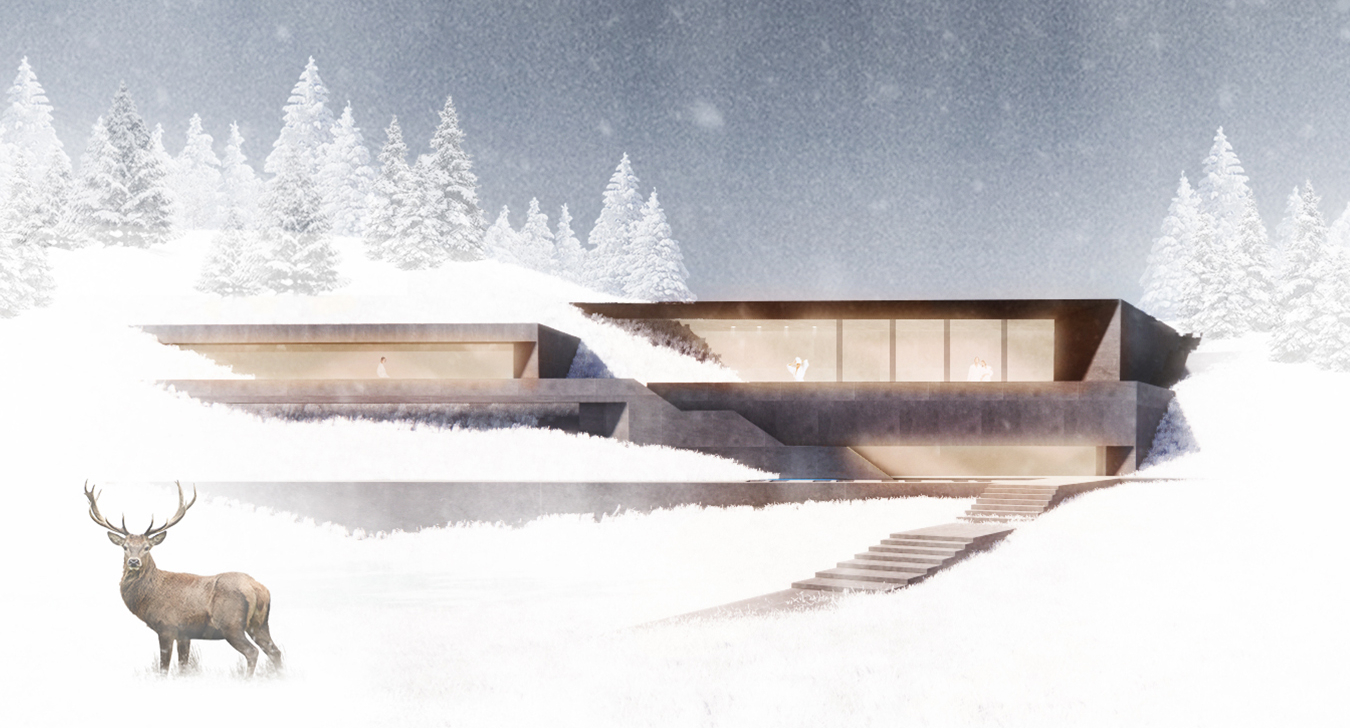 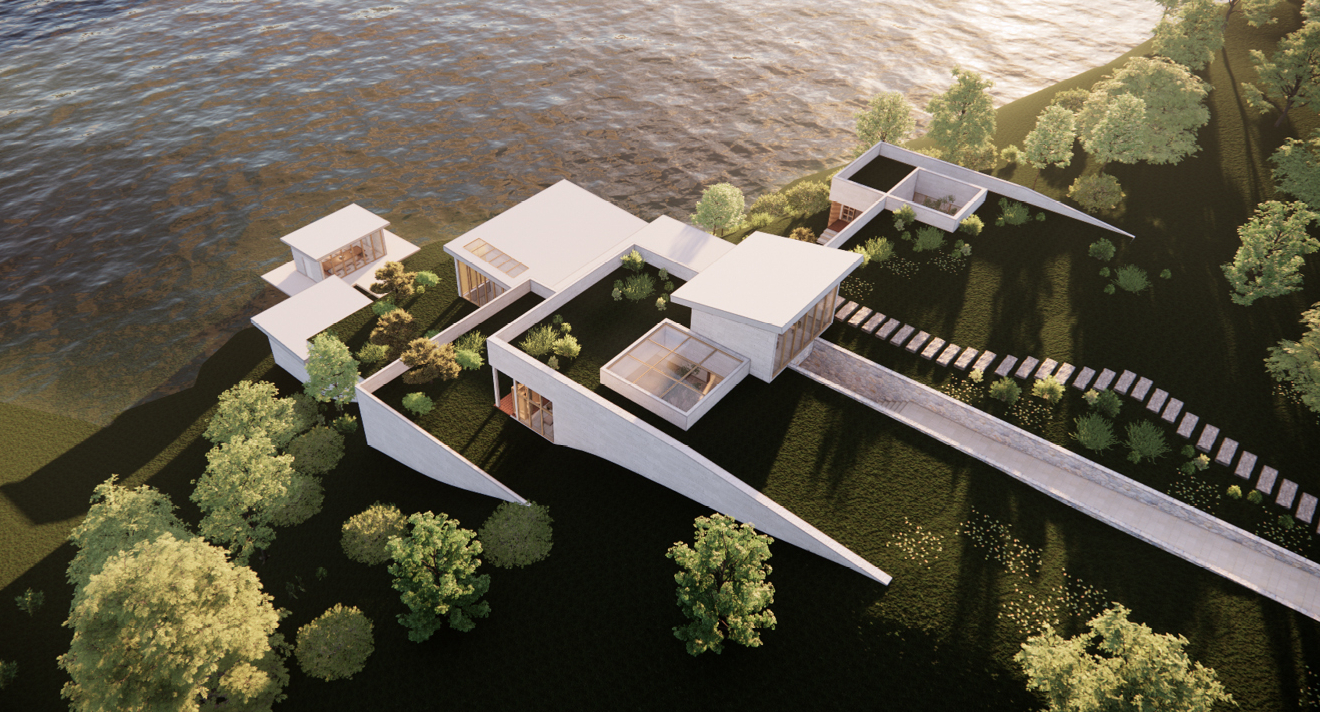 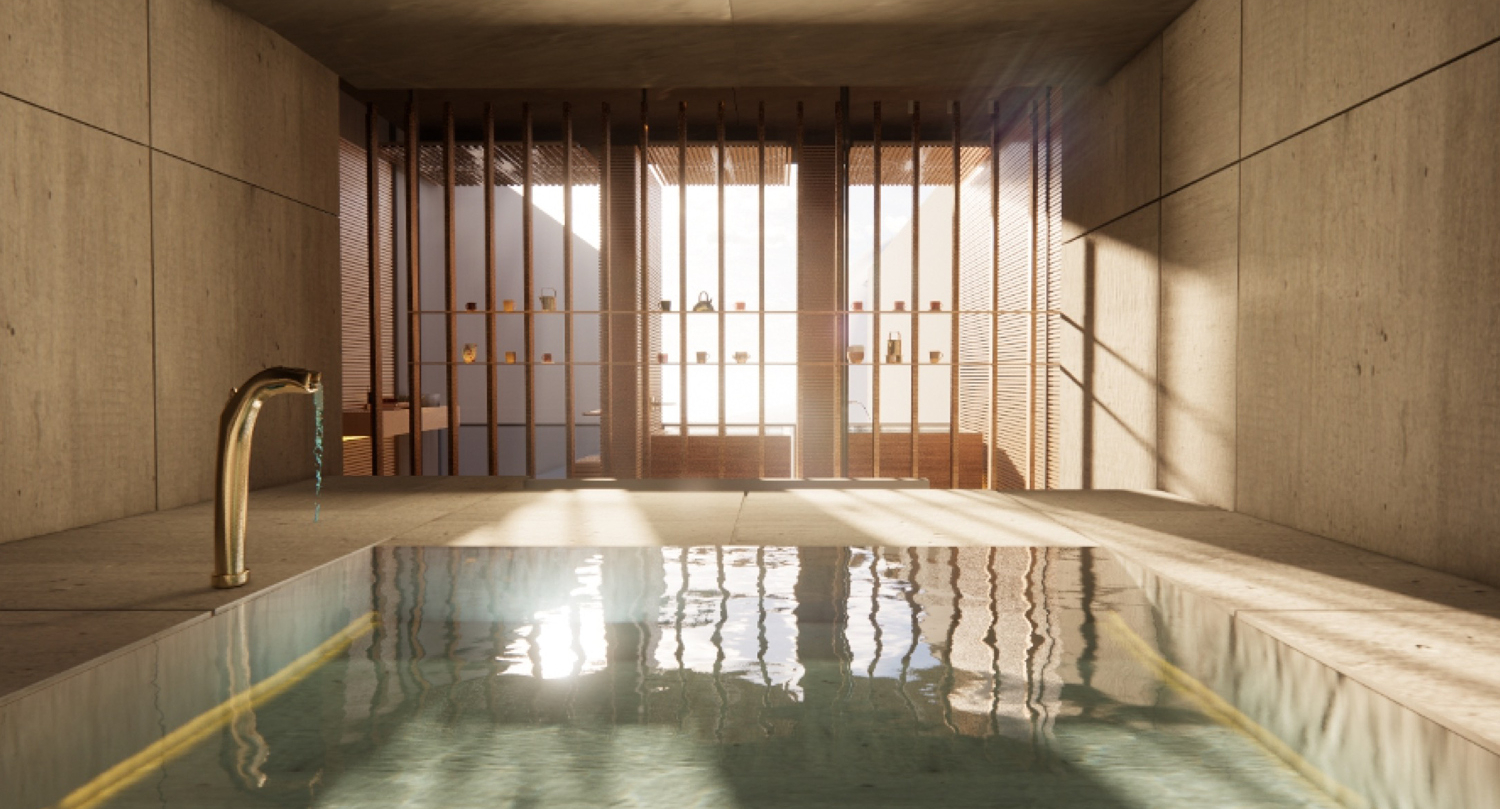